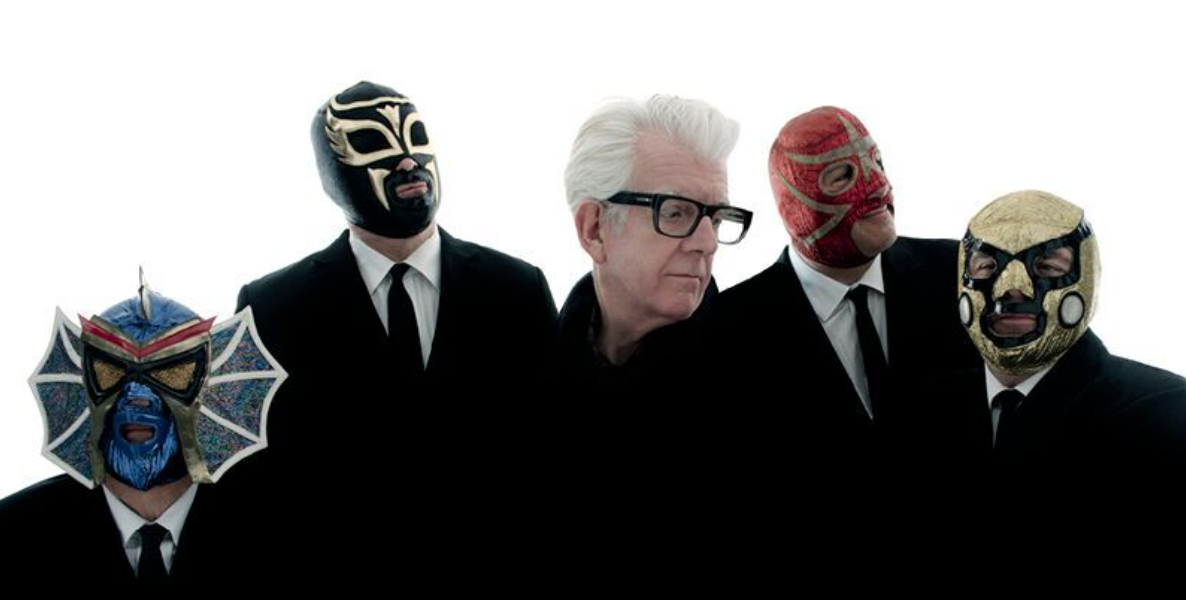 Nick Lowe has made his mark as a producer (Elvis Costello-Graham Parker-Pretenders-The Damned), songwriter of at least three songs you know by heart, short-lived career as a pop star, and a lengthy term as a musicians’ musician. But in his current ‘second act’ as a silver-haired, tender-hearted but sharp-tongued singer-songwriter, he has no equal. Starting with 1995′s ‘The Impossible Bird’ through to 2011′s ‘The Old Magic,’ Nick has turned out a fantastic string of albums, each one devised in his West London home, and recorded with a core of musicians who possess the same veteran savvy. Lowe brings wit and understated excellence to every performance, leading Ben Ratliff of the New York Times to describe his live show
as “elegant and nearly devastating.” His new 4 song EP “Tokyo Bay” features Los Straitjackets as his backing band Los Straitjackets.

Los Straitjackets are the leading practitioners of the lost art of the guitar instrumental. Using the music of the Ventures, The Shadows, and with Link Wray and Dick Dale as a jumping off point, the band has taken their unique, high energy brand of original rock &amp; roll around the world. Clad in their trademark Lucha Libre Mexican wrestling masks, the “Jackets” have delivered
their trademark guitar licks to 16 albums, thousands of concerts and dozens of films and TV shows. Their most recent album “What’s So Funny ‘Bout Peace Love &amp; Los Straitjackets” consists of instrumental covers of Nick Lowe Songs.