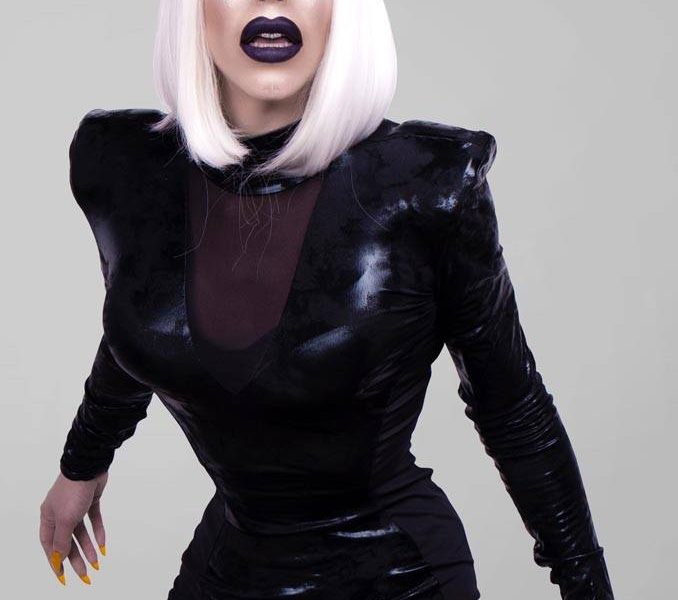 Boo! She’s back with a full length one-woman show!

Sharon Needles presents Celebrity Morgue: A eulogy of song from stars that are no more!

A little history lesson; rewind to 1981. Sequestered in the Iowa cornfields, a child is born to a single parent: a television. She’s a bad girl. She discovers makeup – perhaps, too early. A high school dropout, she earns her diploma on the street.

Fast-forward to 2004. A staple on the Pittsburgh nightlife scene, this underground celebrity captures the affection of the local media as a stupid genius, a reviled sweetheart, a PBR princess, a drag queen… ah… make that a Fag Punk. She’s drop-dead dazzling. She thinks she’s Amanda Lepore. She’s more like Vampira.

Break through to 2012. Reality Television, she’s there, exuding warmth, love, laughter, and… blood. A post-Warhol mannequin, this Queer icon is on two million television sets in America – brainless, braindead, brain RuPaul alumni. With the look of a cover model and the soul of a shoe, she lives every day as if it were Halloween… or her last!

Souvenir Photo Ticket: A moment with the artist and a professional photo taken by our photographer (includes show)

QJUMP Photo Ticket: Skip the entry line to the venue, and to be one of the first 20 people in the photo queue for a professional photograph with the artist

This is a 14+ Event, Under 16s will need to be accompanied by an adult. ID will be required.

ACCESS INFO
Access information for this venue can be obtained directly from the venue website or by contacting the venue by email or via social media.