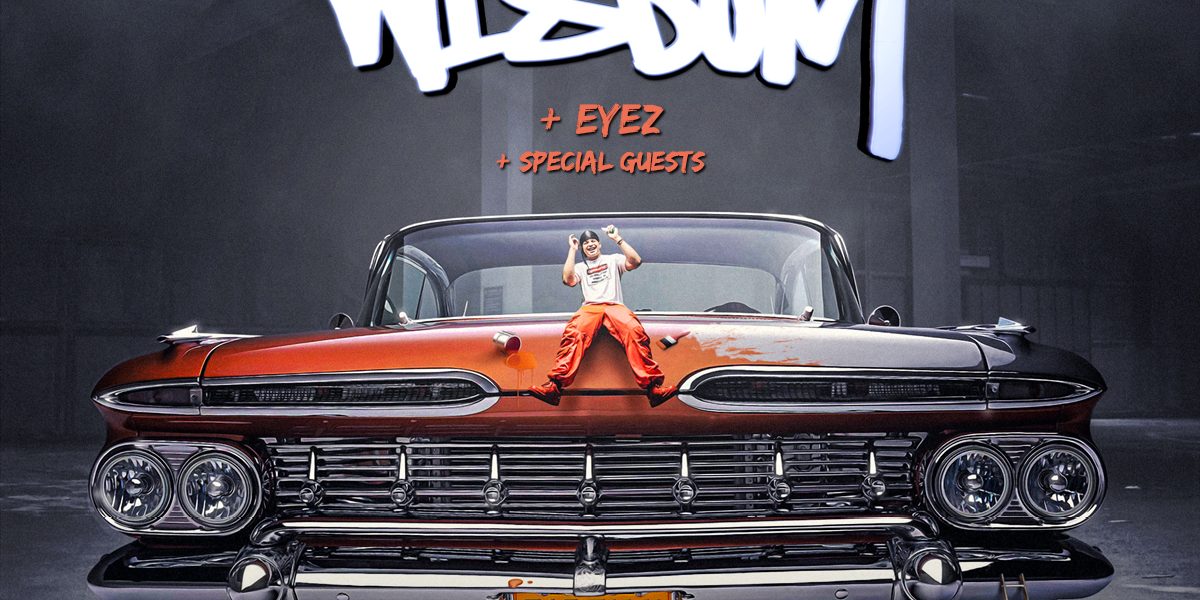 The legendary wordsmith Ocean Wisdom is coming to Southampton on Friday the 15th of November. Tickets go on sale on Thursday the 12th of September.

Camden born rapper Ocean Wisdom spent years perfecting his craft, remaining relatively quiet, even in his home town of Brighton until a chance studio session gave birth to his debut track ‘Walkin’. Recorded in one take with no hook or ad-libs, just raw, unfiltered energy and originality this track kick started his meteoric rise.

In February 2016 he released his debut album ‘Chaos 93’. The album was well received and Ocean was hailed as “the future of UK Hip-Hop” by Complex Magazine with a style described as “Mercurial” by Dummy Magazine.

This raw poetic and unfiltered rapper built an impressive following in his own unique way, away from the tried and tested routes of fellow rappers he regularly managed to hit streams well into the millions without the support of major labels or platforms. Through his versatility and unparalleled lyrical creativity, stage presence and flow, Ocean Wisdom delivers major impressions in each aspect of his artistry, from performing to main-stage crowds of over 10,000 people to dethroning Eminem as the ‘fastest rapper’ in the world, after managing to fit an impressive 4.45 words per second into his track ‘Walkin’ compared to Eminem’s 4.31 words per second in ‘Rap God’, as documented by UniLad. This article would go on to become viral, drawing praise for Wizzy as well as being shared and commented on by some of the industry’s forerunners such as The Game, D12, Akon & Snoop Dogg.

In February 2018 Ocean jumped into the epicentre of the UK rap scene with the release of his UK Top 40 album Wizville which boasted features from the likes of Method Man, Roots Manuva and P Money as well as the huge lead single ‘Revvin’ featuring Dizzee Rascal. The 21 impressive tracks that made up this important offering showcased his unique blend of genre-merging flows, double-time delivery and thought-provoking lyricism as well as his ability to create a tapestry of moods, emotions and sonic nirvana.

Sewn in to the very fabric of Ocean’s music output, from the tracks themselves to everything aesthetic, is pure, unadulterated Hip Hop. Whilst he already boasted an impressive online following and had gained millions of views on his videos, Wizville has been the driving force behind his recent surge in awareness and popularity. His incredible delivery and lyrical ability, teamed with first class productions and visuals fast-tracked Ocean Wisdom to the forefronts of minds and playlists.

2018 transpired to become a monumental year for the Brighton native, having smashed a string of sell out shows in the UK and Europe on his ‘Wizville’ tour as well receiving high praise from critics such as Mojo Mag and The Guardian. Ocean went on to grace the 1Xtra studios and performed a historic Live Lounge alongside Dizzee Rascal for their track ‘Revvin’, before lighting up social networks with an exceptional cover of Busta Rhymes ‘Gimme Some More’.

Fresh off these successes Ocean quickly seized the opportunity to take the next step in his career and in 2019 announced that he had formed his own label ‘Beyond Measure Records’ and would be self releasing his first mixtape on there – ‘Big Talk Vol.1’ which boasts and impressive list of collaborators and featured artists including Dizzee Rascal, Fatboy Slim, Akala, Freddie Gibbs, Ghetts, P Money and LD to name a few.

Ferocious and fierce with a faultless flow, Ocean Wisdom stays high on the agenda and has certainly cemented himself as one of the most exciting talents to emerge from the UK Rap scene.